I pazzi per progetto – madness on purpose

An endgame for seven opera singers, five instrumentalists, one conductor and three actors based on the Farsa ‚I pazzi per progetto‘ by Gaetano Donizetti and Domenico Gilardoni

Comments to the performance

„paradigmatically extraordinary and demanding elaboration of an opera“

I was able to attend two performances of the Zurich Opera Society and was impressed by their liveliness and professional freshness; you can feel the joy of the young people to make themselves at home on the stage and to realize it.

All those involved were able to successfully implement the main aspects of a successful development of the delicate medium ‚opera‘ such as voice plasticity, musical stringency, linguistic-idiomatic flexibility and acting-playful agility.

Friends of the statuary Italian opera with its vocal stereotypical arm movements do not get their money’s worth; here everything is integrated musically and vocally fluently into movement sequences, planned exactly as it was improvised.

Special praise is due to the conductor, the instrumentalists and the actors, who are involved in the burlesque events in an unusual way and who have certainly discovered new acting abilities in themselves.

It is to be hoped that the team of this year’s presentation of the Opera Society will be able to remain with both the Society and the Zurich public with its paradigmatically extraordinary and demanding development of an opera.

„an uniquely moving and confronting experience“

Central to their work is the connection with and trust in the connection with the centre of the body. This trust enabled us to confront aspects of madness in our musical and physical interpretations that pushed the boundaries of conventional operatic expression. The result was an experience for the audience that was uniquely moving and confronting; this is what true art is about.

Helen Sherman – opera and concert singer, ‚Cristina‘ in ‚I pazzi per progetto

„an intelligent and sensitive deconstruction of the opera“

This is an intelligent and sensitive deconstruction of the opera and the ‚Belcanto’, which in times of systematic dehumanization still happily celebrate its origins. In contrast to mere destruction, deconstruction builds up new insights and new possibilities – here in the field of beauty. Donizetti’s opera is perfectly suited to this, since beauty and madness, breaks and harmony are closely interwoven in it. With the introduction of three actors, director Christian Seiler succeeds in tearing open existential deep structures of the world of stage and mask. In addition, the dismantling of the concert situation breaks up the well-rehearsed mechanics of singer and orchestra by means of a fine comedy. The staging is based on the aesthetics of the silent film, which by its expressiveness stimulates the viewer’s imagination and thus enables a confusing encounter of madness and beauty. The resulting whirlpool triggers in the viewer a healing reflection on the conditions of beauty in times of merciless profit maximization and the struggle of everyone against everyone.

„one of the best team I ever worked with“

A unique and intense way of working, embracing body, mind and soul.
A total artistic work with one of the best team I ever worked with humanly and artistically. See us growing together as a commun artistic project was one of my biggest joy. I came on a project hired for a role and I ended up thoroughly included, absorbed and engaged in the creative process, discovering new ways of expression with my body and somehow putting me in a higher philosophical and spiritual level.

„impressed and touched in memory of many in reality experienced scenes“

As a psychiatrist who completed his first training before the introduction of modern therapies, the play, the staging, the players of ‚I pazzi per progetto‘ impressed and touched me greatly, in memory of many real scenes of that time. The strong musical and scenic performances were fully commensurate with the theme of beauty and madness, never threatening to slide into mere comedy or voyeurism. My very big compliment!

Ambros Uchtenhagen – psychiatrist, psychoanalyst and addiction specialist, until 1995 professor of social psychiatry and director of the Psychiatric University Clinic Zurich

It was an amazing project. Experience that brought new ways of approaching stage appearance, movement and developing character that I was presenting. It helped me to find new ways to engage the energy needed to any performer. The benefits were visible not only on stage but also in real life. I say it from the bottom of my heart that from all the programs I have done so far, this one was the most advantageous.

Rafal Pawnuk – concert and opera singer, ‚Dr. Darlemont‘ in ‚I pazzi per progetto‘

The production by the Zurich Opera Society of Gaetano Donizetti’s opera I Pazzi per Progetto (Madness of Intention) in June 2018 was a great production.

The portrayal of the different characters, each with their own abnormalities and behavioural features, was amazingly real and lively. Although the characters were clearly worked out in accordance with the opera, they did not seem overdrawn: they did not generate any dislike, but human sympathy and made people think. The human depth in the otherness of lunatics and sick people, their freedom in otherness and their creative independence beyond norms and rules were expressed in a refreshing and touching way.

The vocal and musical achievements were on an impressive level. In addition, there was the special quality of the dramaturgy and the unusual use of artistic body elements, which included pantomimic expression, dance movements and almost gymnastic balancing acts. The performance astonished by the unusual nature of the means of performance and by the dynamism and freshness of the whole production.

It would be very desirable that a production of such quality, in which an enormous creative effort and a unique artistic ability can be felt, should not only be limited to a few performances in Zurich, but also be seen in many other places and internationally.

An interesting conclusion was invented and staged here. Those who have fled to the clinic are also fugitives from the chaos of war that is taking place in front of the door. And when at the end a huge bomb detonation shakes the house and lets the light go out, it is clear that also the „Pazzi per Progetto“, the „deliberately insane“, have now become prisoners of this house and of themselves. There is no escaping from the situation. An alarming conclusion.

„a wonderful and valuable experience“

With „I Pazzi“ a door has opened to me into the world of opera, for which I am infinitely grateful. I was allowed to feel Soprano with my fingertip, taste the bass baritone and strike the Tristan chord. I was allowed to be with Donizetti or not.

It was a wonderful and valuable experience to get into the right mood as an actor in the world of opera and to help shape and support this world!

Ivan Georgiev – Theatre and film actor, ‚Donizetti‘ in ‚I pazzi per progetto’

„an exciting and instructive search“

I don’t want to miss the time in Donizetti’s madhouse with my wonderful colleagues and under the madly creative direction of Christian Seiler as well as the musical direction of Caspar Dechmann. It was an exciting and instructive search for one’s own physicality and the constant acting and singing renewal on stage.

Christoph Engel, – opera and concert singer, ‚Frank‘ in ‚I pazzi per progetto

„to … abandon themselves to madness“

Opera? Instrumental theater? Movement theatre? For the Zurich Opera Society’s production of the Zurich Festival you can search for the genre name or simply abandon yourself to madness. 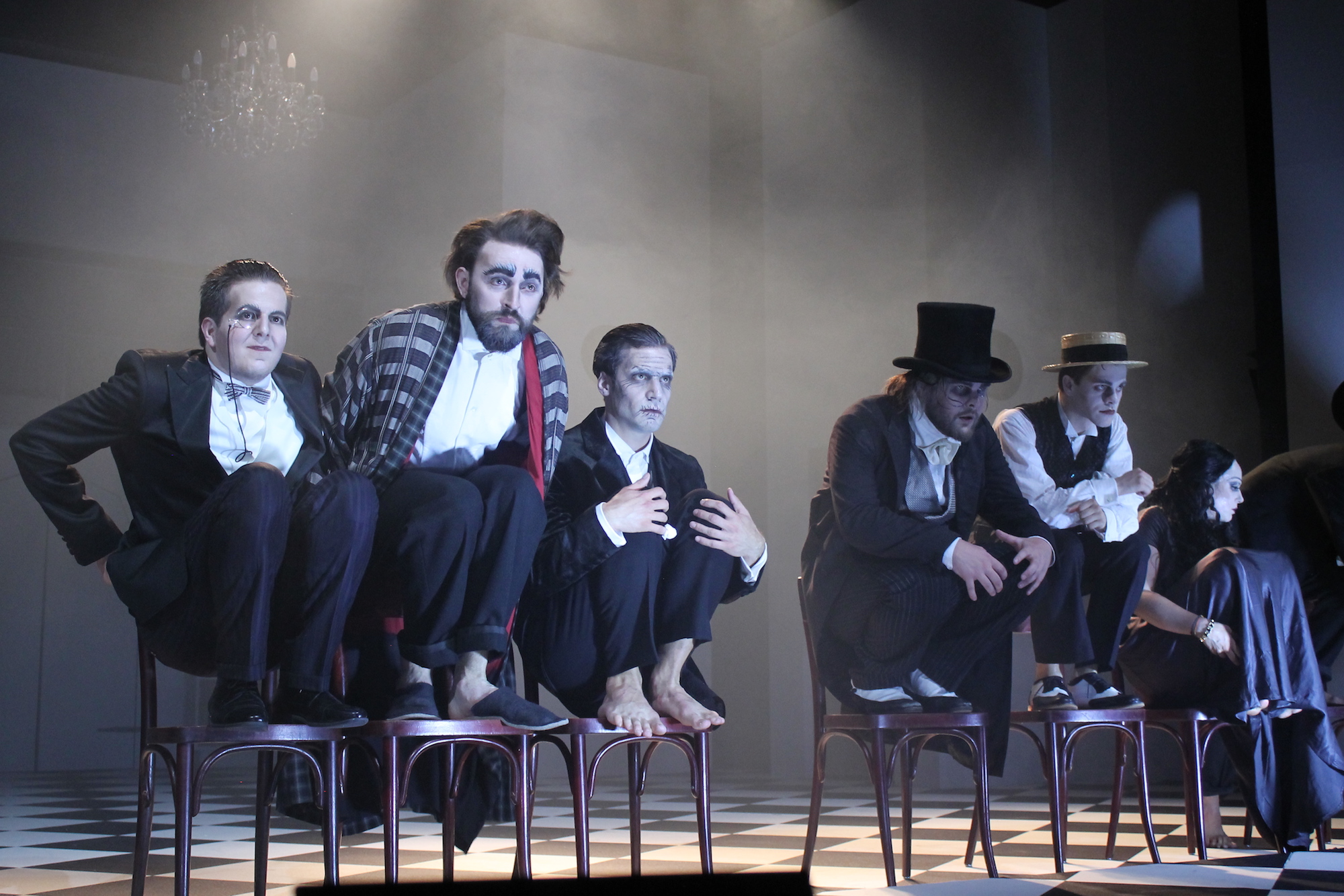 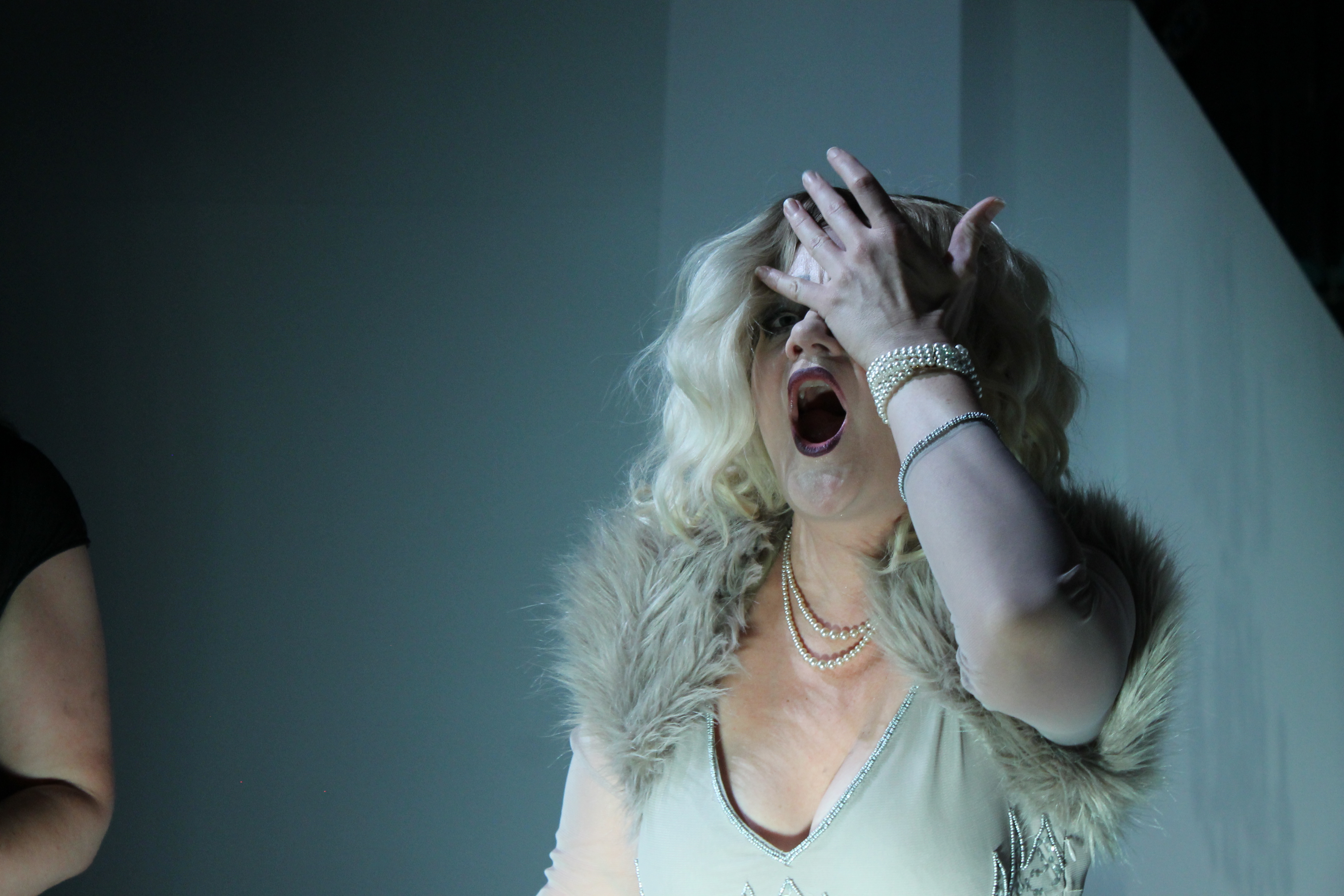 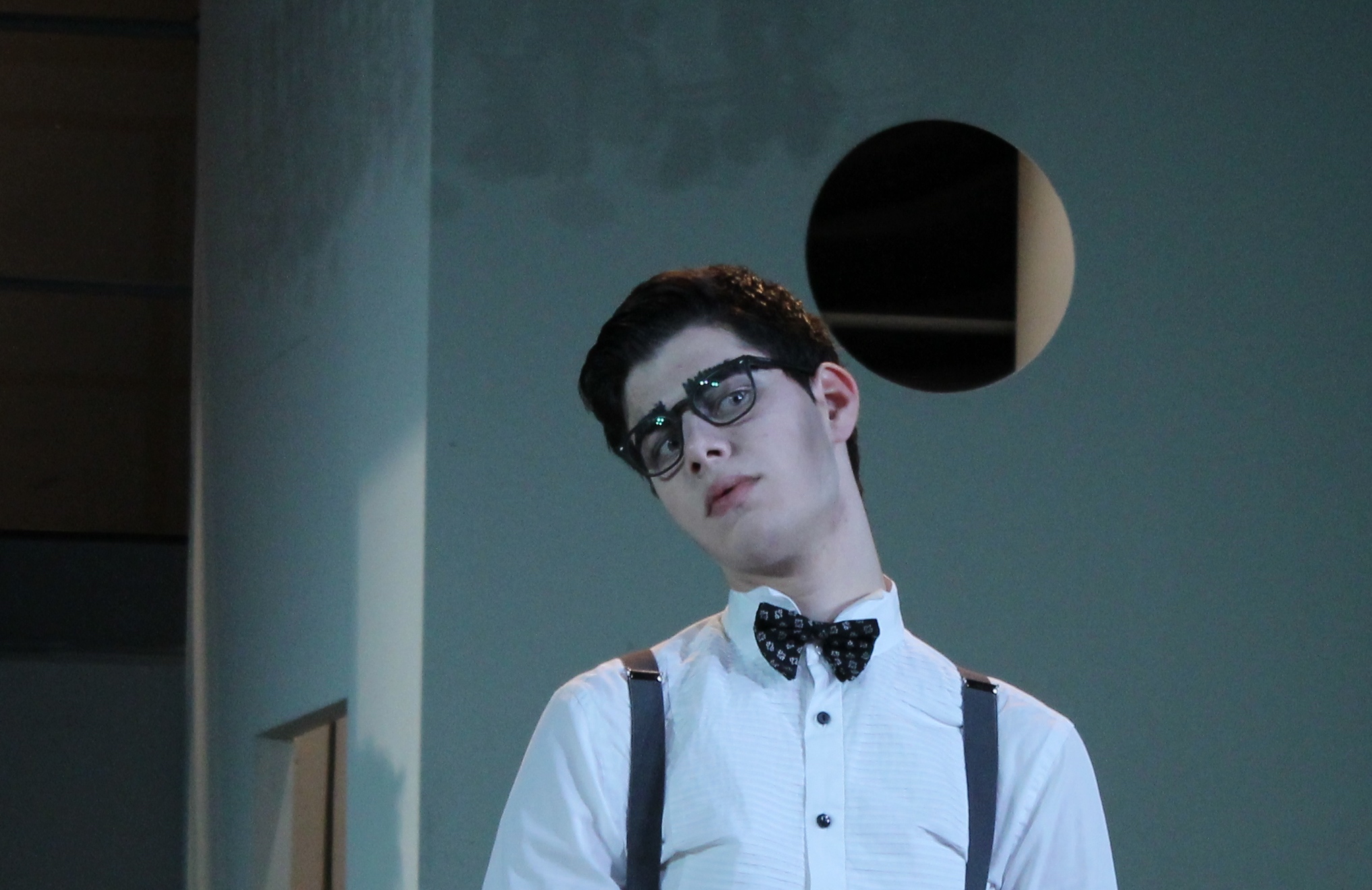 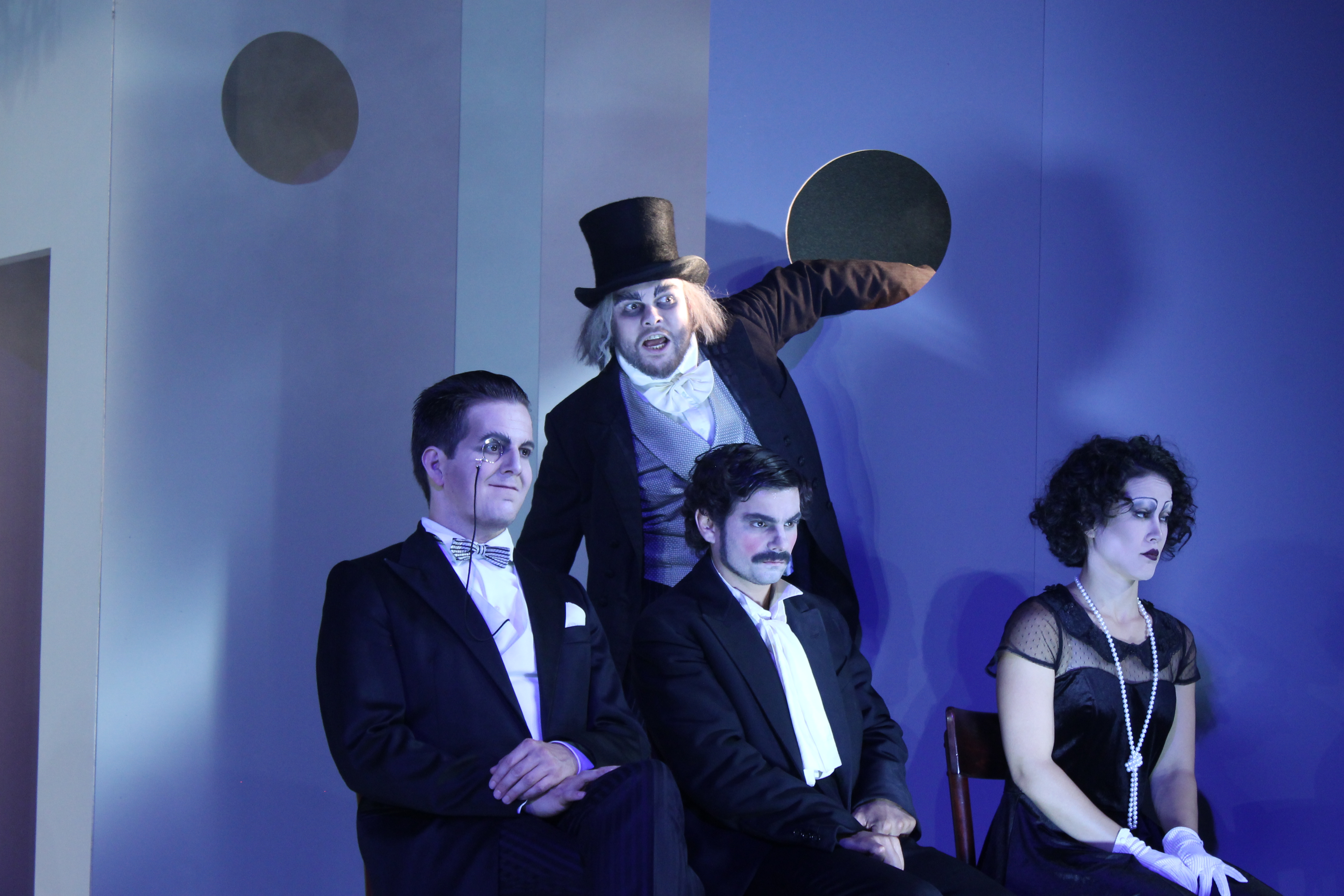 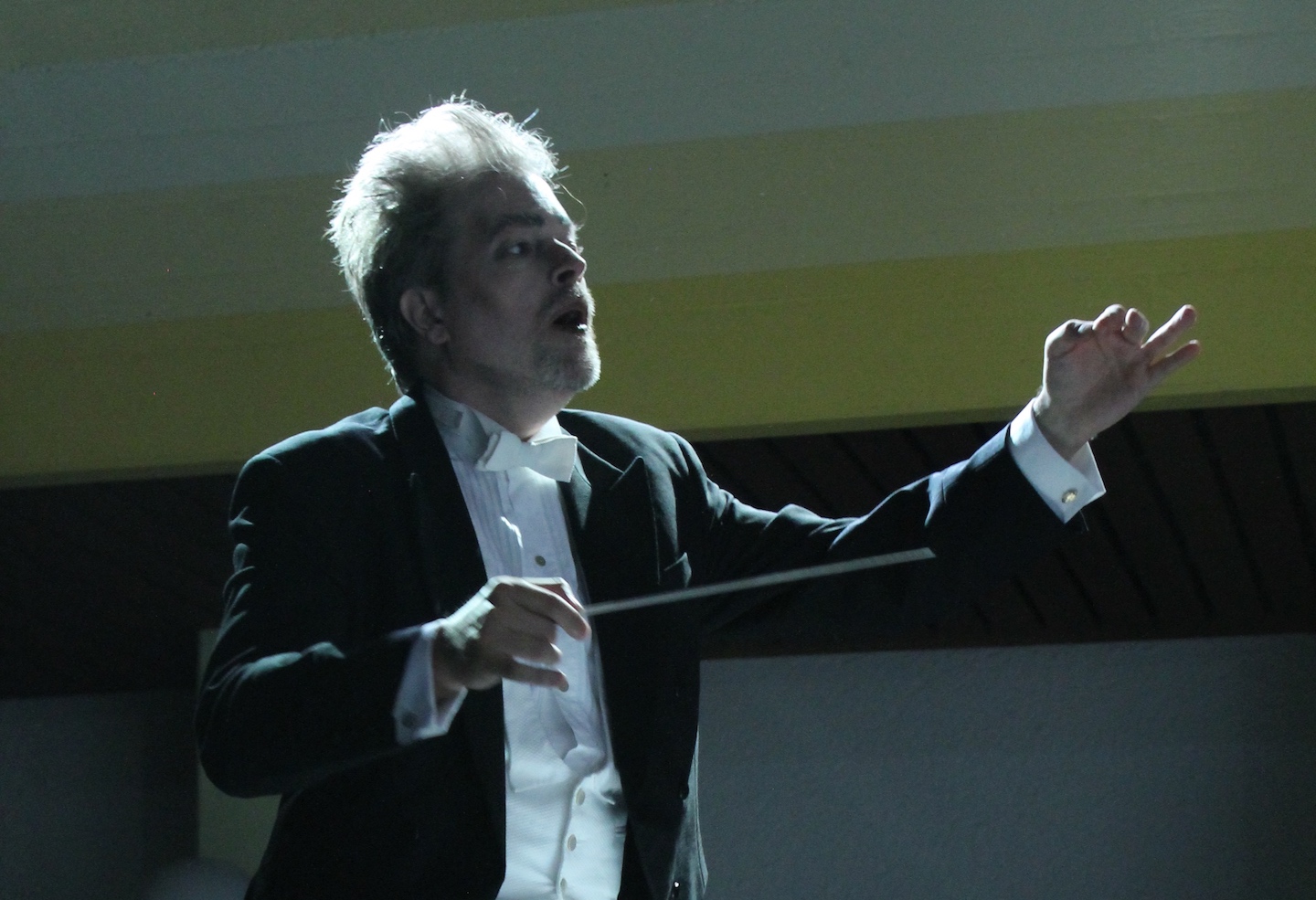 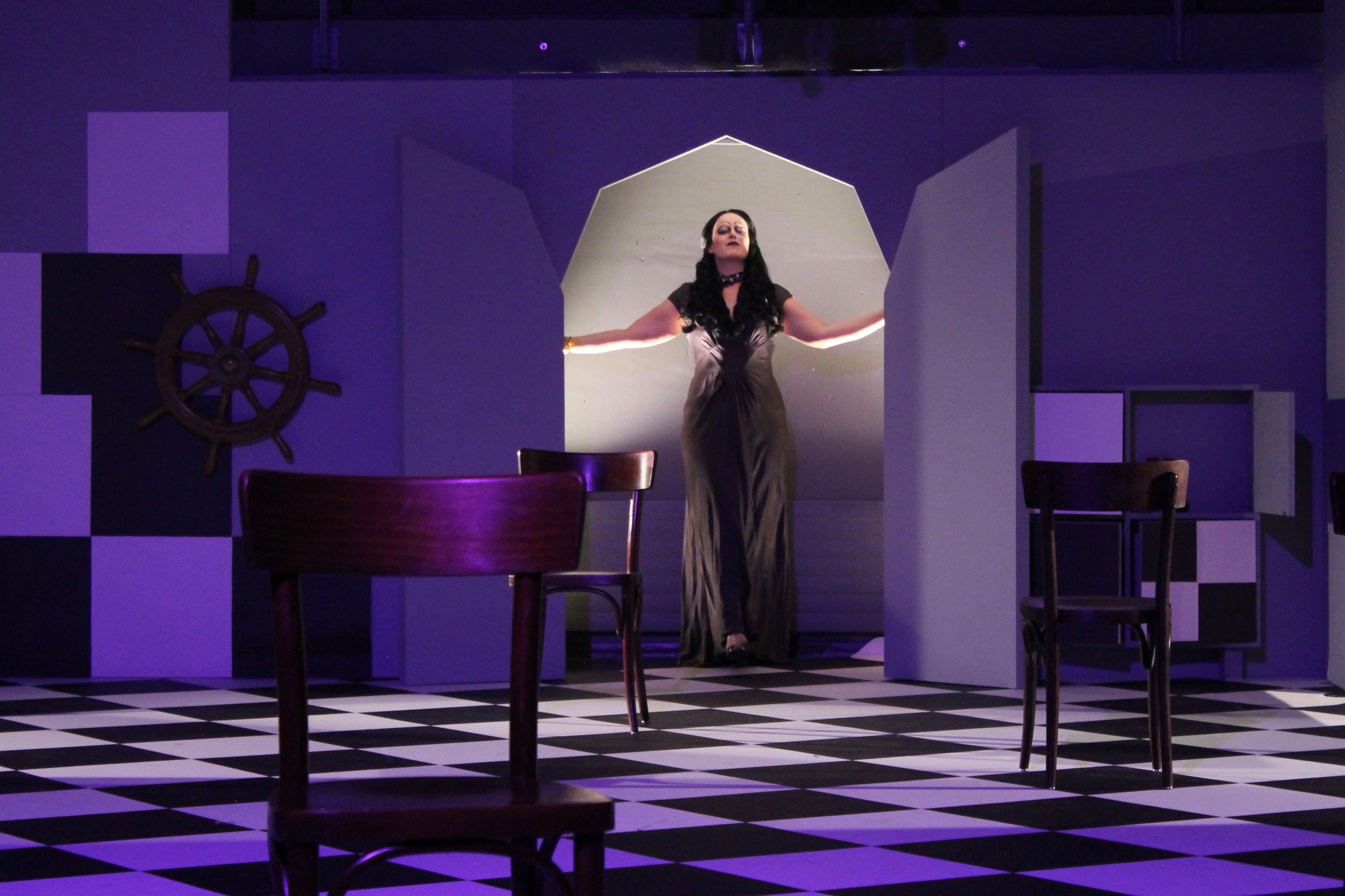 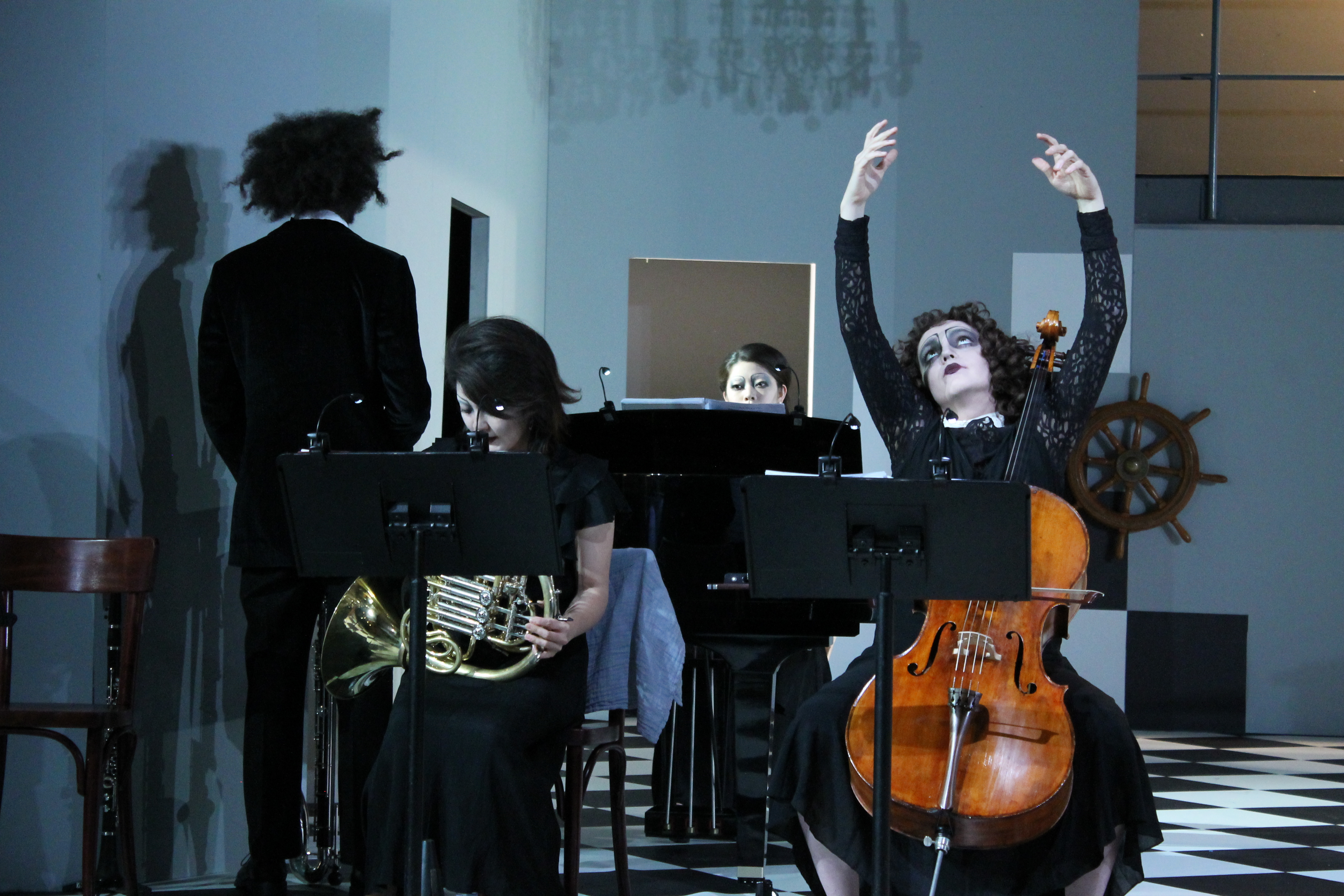 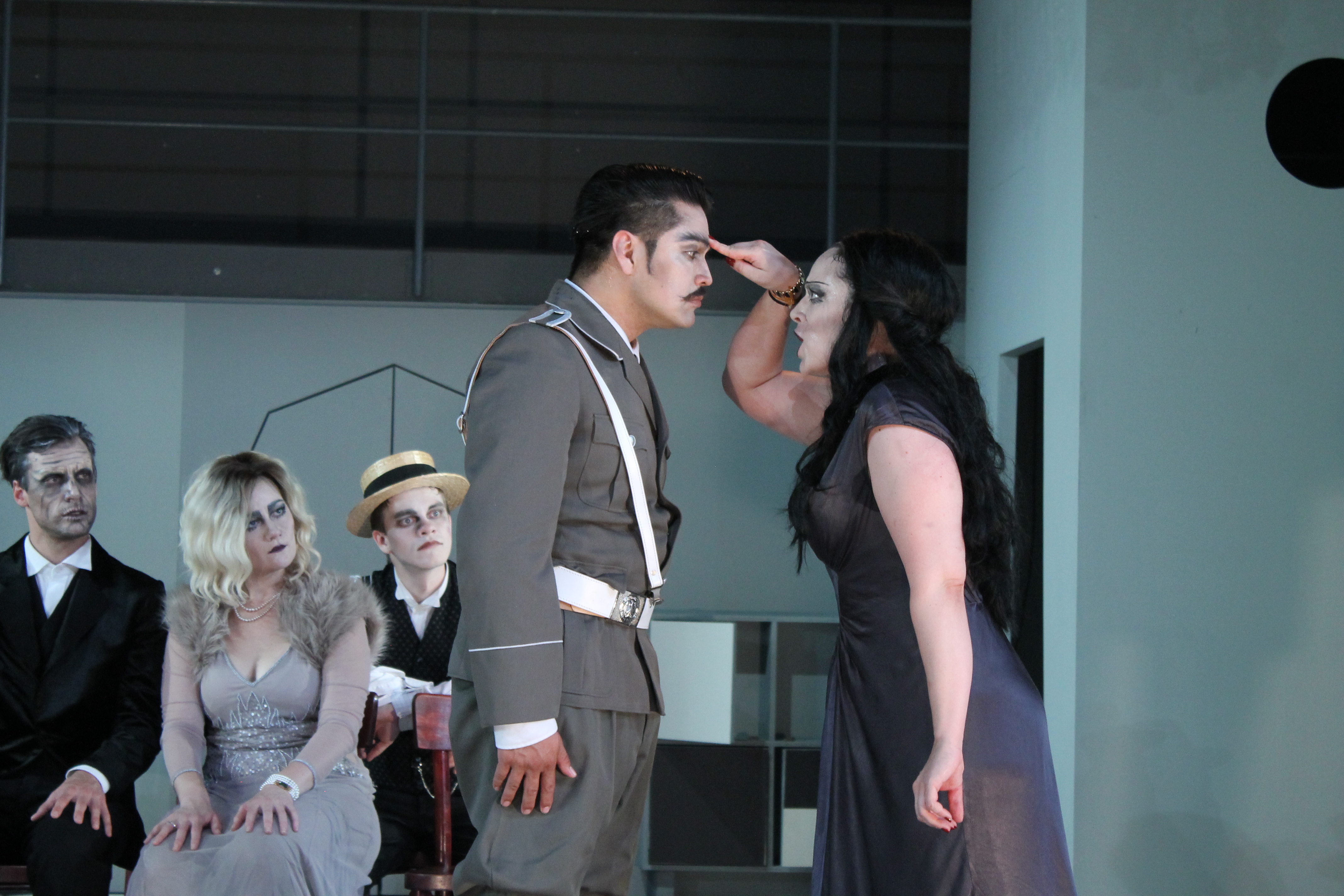 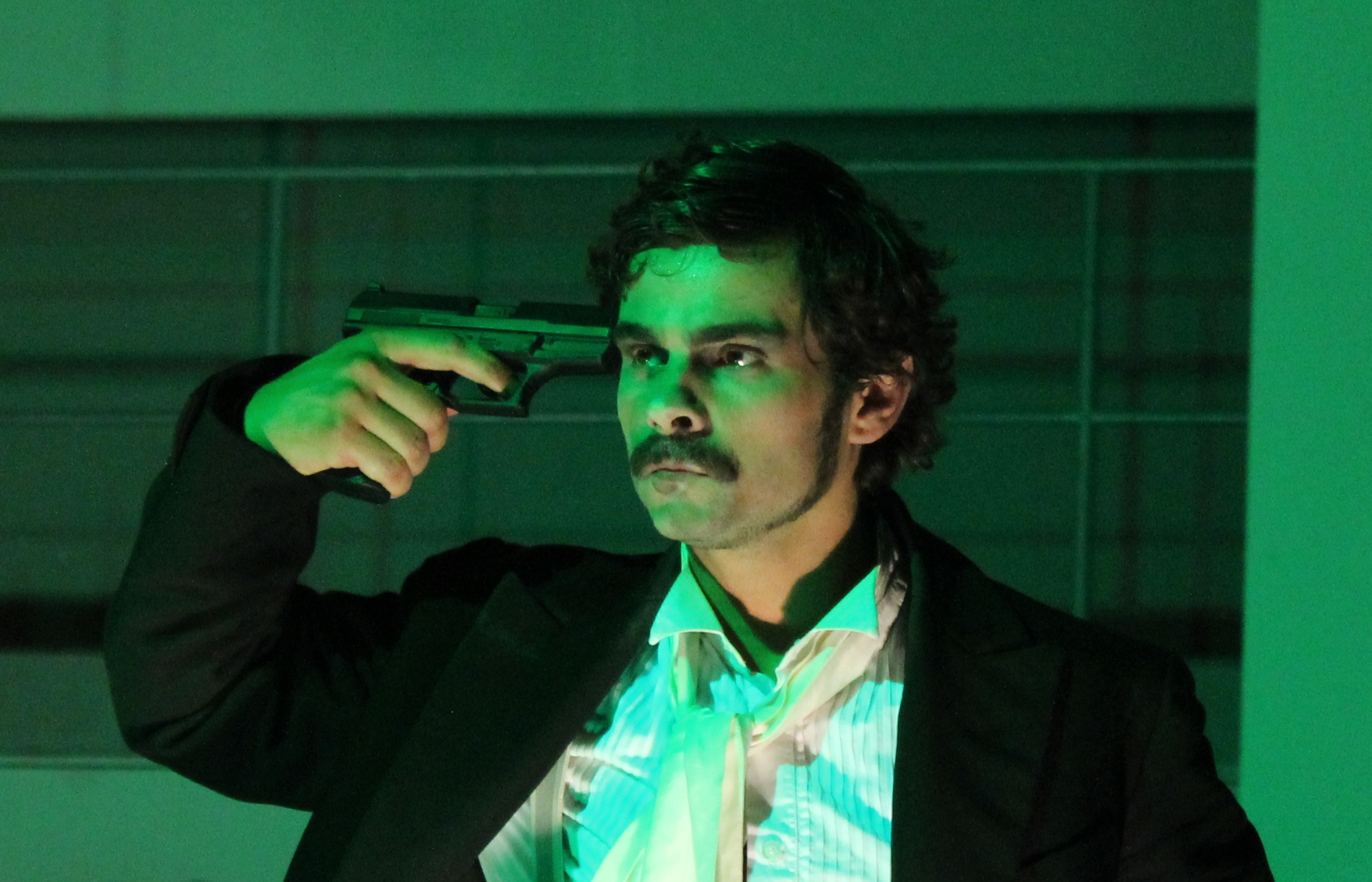 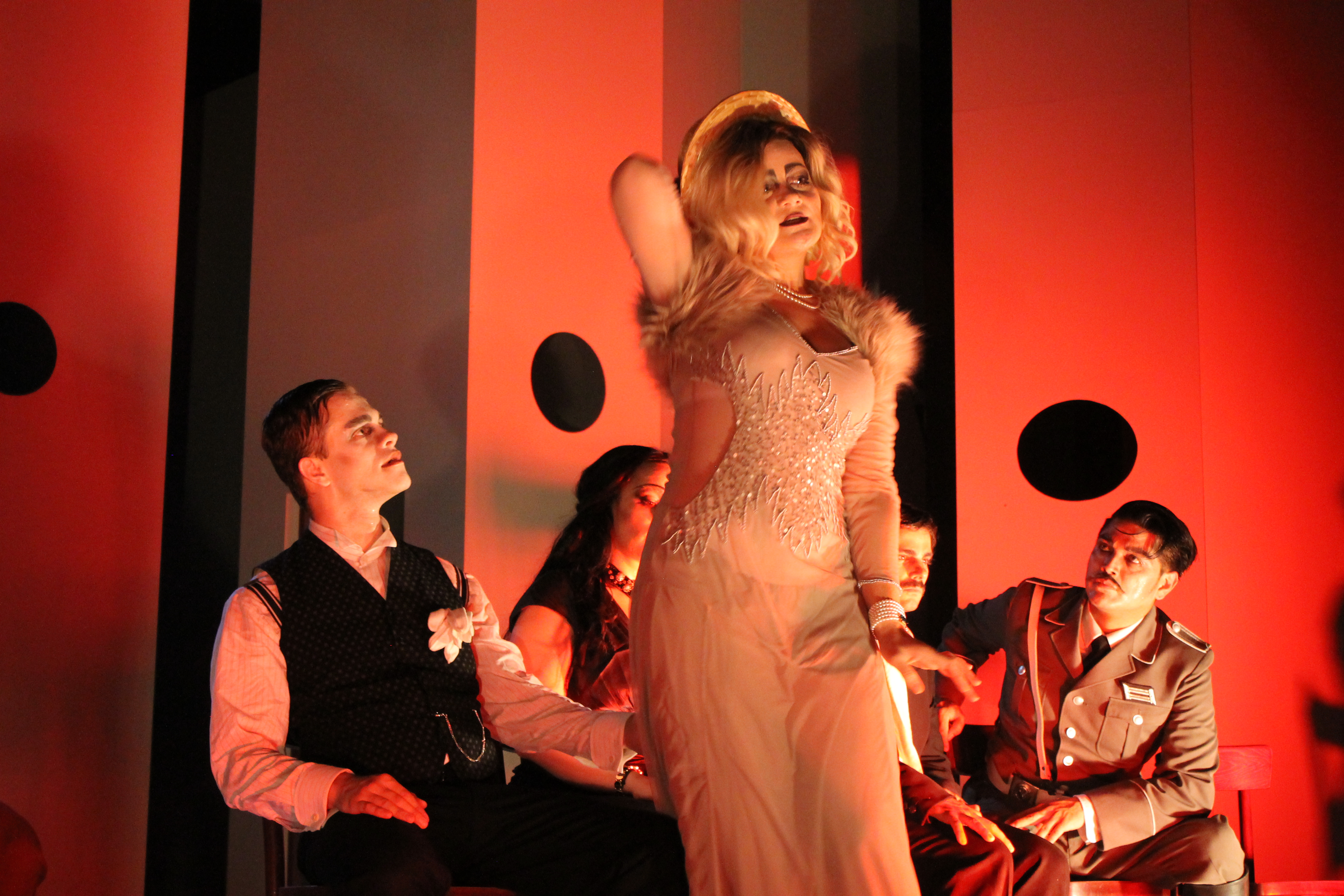 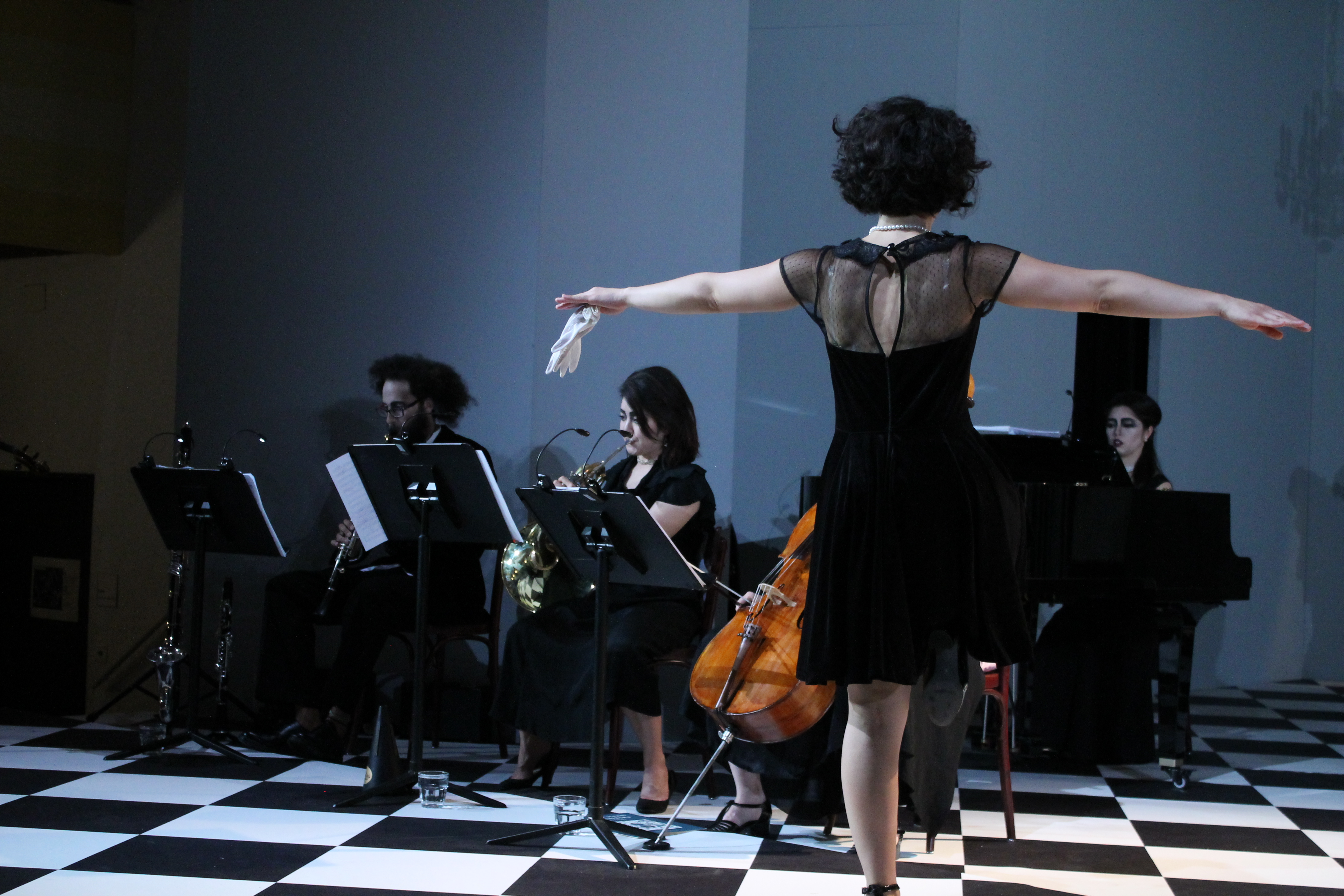 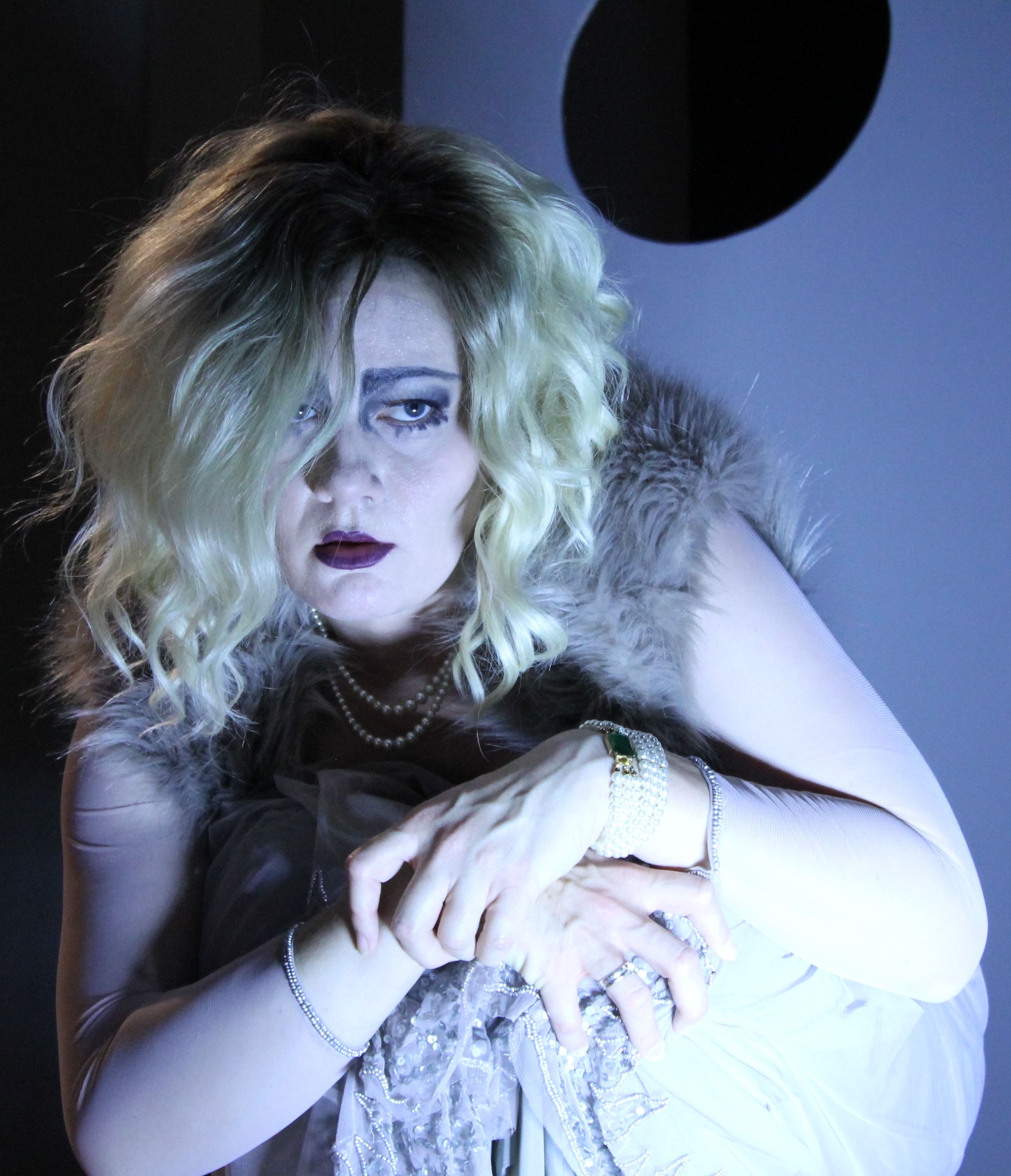